A Brief History of the Branch 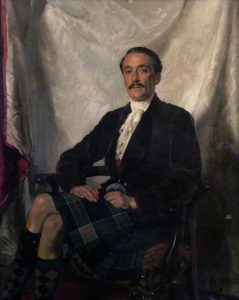 Following the formation of the Scottish Country Dance Society in Glasgow in 1923 a meeting was held in the Lesser Burgh Hall, Dumbarton on Friday 7th October 1927 for those interested in forming the Western Dunbartonshire Branch of the S.C.D.S.

Miss Jean Milligan, co-founder of the Scottish Country Dance Society, spoke and gave a demonstration of dances. The Branch was formed and Sir Ian Colquhoun of Luss was elected to be our first Hon. President.

Our first dance class was held six week later on 21st November 1927 in the Victoria Hall, Helensburgh. Annual membership of S.C.D.S. was 5/-, and the class fee was 6/-. The Branch flourished until the outbreak of the second World War. Although some dance classes continued the Branch organisation failed and it was not until late 1951 when there was interest in reforming the Branch. In the Spring of 1952 the Branch was reformed as West Dunbartonshire Branch and soon had almost 100 members. Although the Branch had failed during the war years it was during this time, in 1943, that Mrs Norah Dunn started a children’s class which still runs today in the same premises. 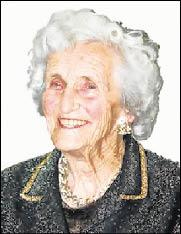 The late 50’s, and early 60’s was a period of expansion within the Branch area. In addition to Branch Classes in Helensburgh there were classes in many of the outlying areas – Kilcreggan and Clynder on the Rosneath Peninsula, Garelochhead, Arrochar, Shandon, Rhu, Vale of Leven and Cardross. 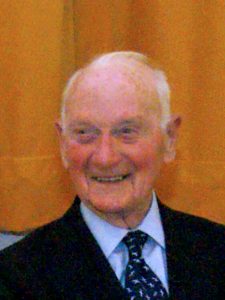 In 1956 we had the first Ball of our new Branch and we also ran a Teachers Certificate Class, taught by Mr John Blain who, until his death in July 2018, remained an interested and supportive member of the Branch as one of our Hon. Vice-Presidents.

In 1957 we had our first Junior Dance, a feature of the Branch programme till 2014. The popularity of the Junior Dance peaked in the mid 1980’s when around 200 young folk (5 – 15) attended and danced a full programme of 18 dances, finishing with the Eightsome Reel. Around this time we also had a Branch Teacher visiting every local school to teach scd. Now we work with the Active School Coordinator and organise a “Day of Dance” when P6 / 7 pupils from all the local schools descend on the Victoria Hall. As the ASC and the Branch jointly funded the purchase of  the RSCDS Primary Schools Resource pack “Jigs & Reels” for every school in the area, the schools themselves now teach the dance programme.

May 1960 was our first “Charity Dance” and this has continued as our annual Charity Dance. It is now held in February and is still a successful fundraiser for local and national charities.

From the late 60’s through to the 80’s the Branch had an active Demonstration Team which took part in events such as the opening of the 1970 Commonwealth Games, 1972, the "Festival of Music and Dance" which was held in Meadowbank Stadium, Edinburgh and in April 1977  a Demonstration at Meadowbank Stadium  for the “Gathering of the Clans”, a Scottish Tourist Board initiative, as well as demos in the west of Scotland. We were also successful with teams entered for the Renfrewshire Music festival during this period.From the 80’s through to the new millennium we provided Dem teams at hotels in Arrochar and Tarbet for tourists visiting the “Bonnie Banks” of Loch Lomond. This helped to increase our givings to the chosen Charity for that year. Further afield we had teams dancing at the International Folklore Festival at Le Mans and also with our Twin Town of Thouars in France.

April 1979 was our first Week-end School and it continues to this day.

At our AGM in May 1995 the Branch agreed to a name change to “Helensburgh & District Branch” in line with Local Authority boundary changes.

Branch Membership peaked at close to 200 and is now just below 100.

We organise Social events each month from October through to our Week-end in March / April - full details elsewhere in this website.